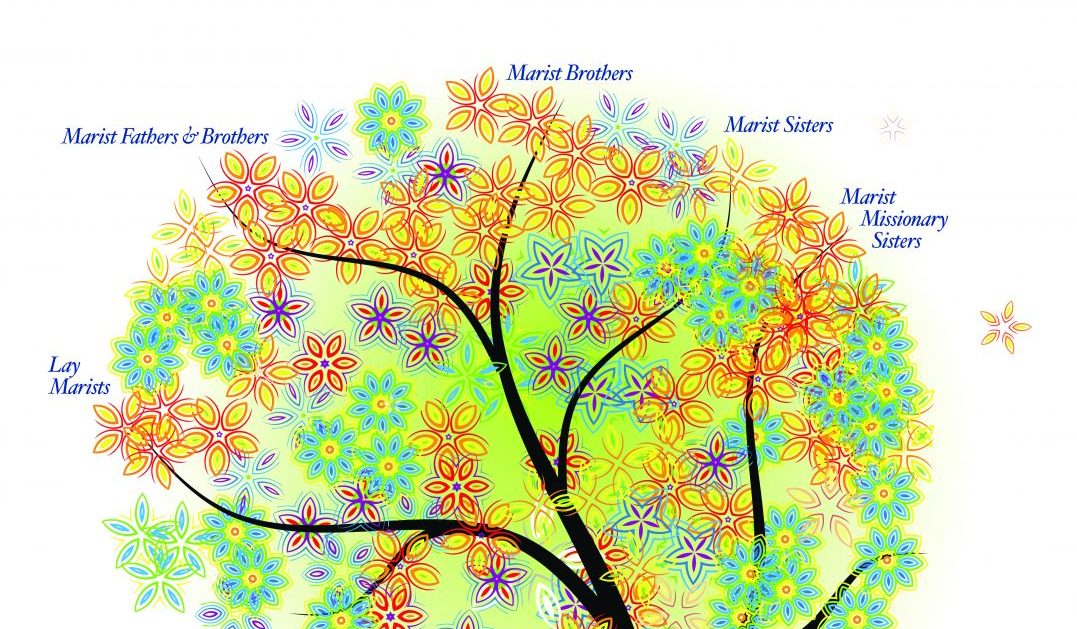 Home ≫ Who We Are ≫ Movement

Fr. Colin pictured a movement for a “new” Church characterized by the mercy of Mary. Mary – overshadowed by the Holy Spirit – embodies Christian discipleship and self-emptying. As such, Fr. Colin’s insight is not a “new spirituality,” but an integration of this image of Mary as the icon of the Spirit directed towards pastoral action.

Therefore, the Society of Mary was pictured as a “tree with several branches.” The vision was for a multi-branched congregation that would include everyone: priests, sisters, brothers, and laity, working for the same goal.

The Society of Mary (Fathers and Brothers) is an international religious congregation of priests and brothers who vow to live the spirit of Mary and serve the Church and world under Her name. The congregation was founded in 1836 by Father Jeanne Claude Colin.

The Marist Brothers, founded in 1817 by Saint Marcellin Champagnat, is an international religious community of Catholic Brothers dedicated to educating young people, especially those most neglected, about the love of Jesus through Mary.

The Marist Sisters are a congregation of religious women who are called to follow Christ by living the gospel as Mary did. Jeanne-Marie Chavoin was elected as the first superior of the order in 1824, taking the name Mother Saint Joseph.

SMSM - Missionary Sisters of the Society of Mary

Fr. Jean-Claude Colin envisioned that the Marist movement was to embrace the whole world and be open to involve the active participation of everyone, lay people as well as religious. Being Marist would be a certain, chosen way of living the Gospel by following Mary of Nazareth’s fiat, dedication, and example. It would do the work of her Son for the Church especially in this modern era. The initiative for the lay branch of the Marist family began in 1833 and was acknowledged as a lay confraternity by Pope Gregory XVI in 1834. In 1850 it was canonically established by Pope Pius IX as the Third Order of Mary. This lay branch now takes many forms throughout the world. Together with consecrated Marist religious, many lay people now embody the spirit and mission of the Marian Church which Fr. Colin first envisioned. This Marist Way of Life brings laity together with priests and religious in proclaiming the Good News.